The EU RenewIT project was presented at the 451 Research Datacenter Executive Summit in London on 21 October 2015.

The project had a stand at the event which was attended by around 80 datacenter owners, operators and technology suppliers. RenewIT is aligned with the broad themes of the 451 conference which included the impact of disruptive technologies on the datacenter industry.

The project’s aims and outputs were also discussed at a number of in-depth roundtable events that covered issues such as datacenter energy costs, renewable energy and other related topics. Background material on the project was also distributed to all attendees.

A number of the project advisory board were also at the event, as well as representatives from other EU research projects including GEYSER and EURECA which provided opportunites for collaboration and discussion. 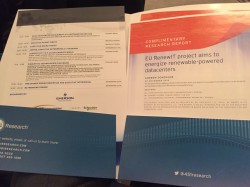 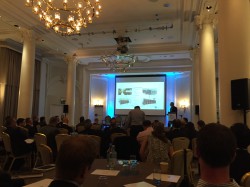 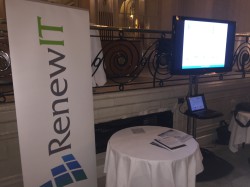 PREV
Review of potential renewable solutions for data centres
NEXT
RenewIT represents Smart City Cluster at CGGDC
We use cookies. By continuing browsing this site you accept our cookies policy. Close Find out more